Our office adheres to the CDA, CDC, WHO recommendations for COVID-19.

Your health and well-being are our top priority. We are monitoring the situation and updating our standards and policies as new information emerges. We promise to do everything in our power to keep you safe.

Please call our office if you have any questions. 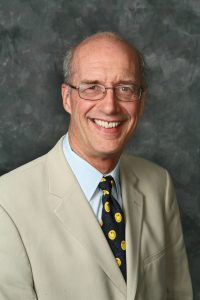 Dr. Tolin is the senior partner at Santa Rosa Oral Surgery. In 2012, after serving our community for nearly 40 years, he has retired from practicing Oral Surgery but continues to be a part of the practice.

A native of Richmond, CA, Dr. Tolin moved to Santa Rosa in 1974 and opened a solo practice. In 1979, he combined his practice with that of Doctors Gerald Corsi, Mike Hoey, James Pearson, and Jon Scarr to form Santa Rosa Oral Surgery.

Dr. Tolin has a long history of service to the local and professional community. He has served in nearly every official role in the Redwood Empire Dental Society (REDS), including that of President. For seven years, he was a Trustee of the California Dental Society. Dr. Tolin is head of credential committee at Sutter Hospital, Santa Rosa, and a long-time active member of the Santa Rosa Downtown Rotary. His clinical area of interest is oral pathology.