Even if you’ve never had to remove any of your wisdom teeth, or haven’t developed any, you may be familiar with the common problems they can cause. In fact, when most people talk about wisdom teeth, it’s in the context of having to remove them due to the complications they’re causing, or in surprise that there’s haven’t caused any yet. Today, we examine a few signs that could warn you that it may be time to extract your third molars, before their impaction leads to increasingly more painful and complicated symptoms.

The pain in your dental ridges won’t go away

Third molars, or wisdom teeth, can become impacted long before they ever erupt, or their growth becomes noticeable. This is often due to limited space at the ends of your dental ridges after your second permanent molars have fully erupted. This impaction causes the molars to remain impeded within the bone structure of your dental ridge, forcing the tooth to turn at an angle other than straight up and down (vertical). One of the first warning signs of this impaction may be tenderness, soreness, and pain in your dental ridge, which will grow worse the more the impacted third molar grows.

You feel your other teeth forced out of alignment

In addition to forcing teeth out of alignment, which can significantly impact your bite function, the force of an impacted third molar can also cause an extensive amount of damage to the second molar and other teeth that are affected by it. You may notice your second molar becoming damaged, fractured, or broken, which will only make it easier for the third molar to continue forcing itself and your other teeth into increasingly greater risks.

Find out if you should extract your third molars

While some people can develop a full set of wisdom teeth without any problems, many more can benefit from extracting their third molars, especially if they start to exhibit these signs. To learn more, or to schedule a consultation, call Santa Rosa and Rohnert Park Oral Surgery in Santa Rosa, CA, today at 707-545-4625. 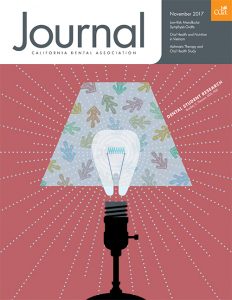 Dr. Rogers was published in CDA’s November Issue. Click above to see his article (pg.601).